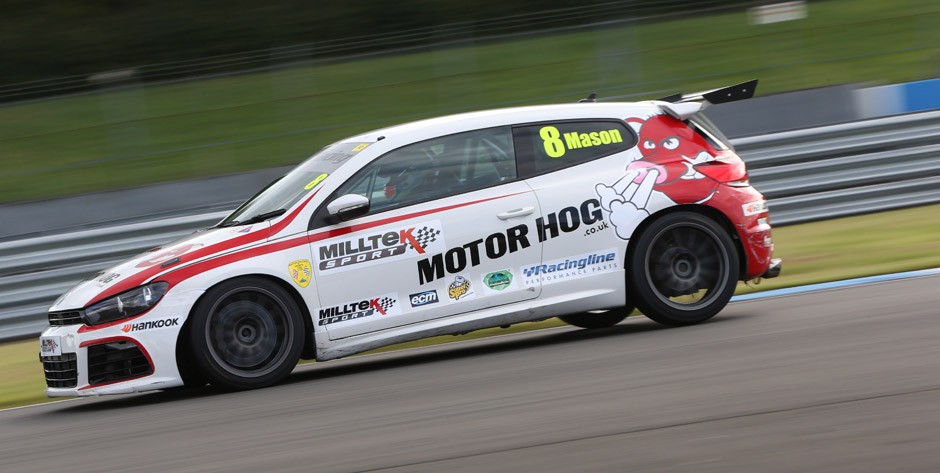 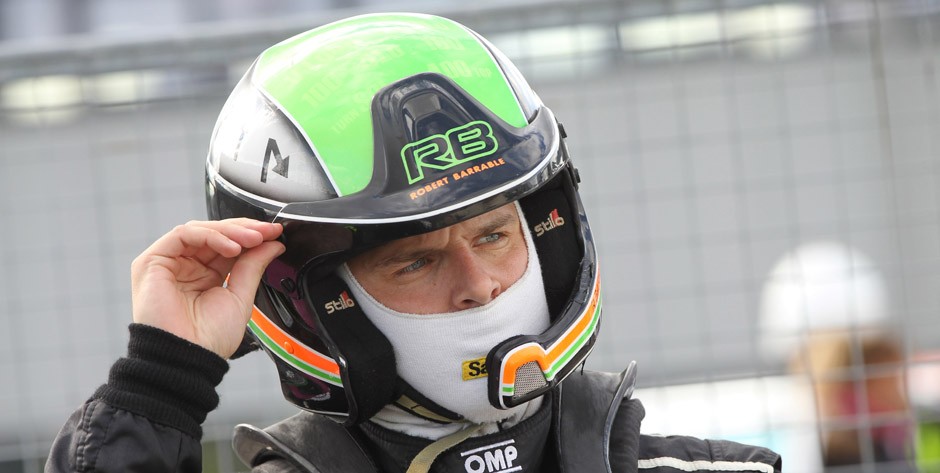 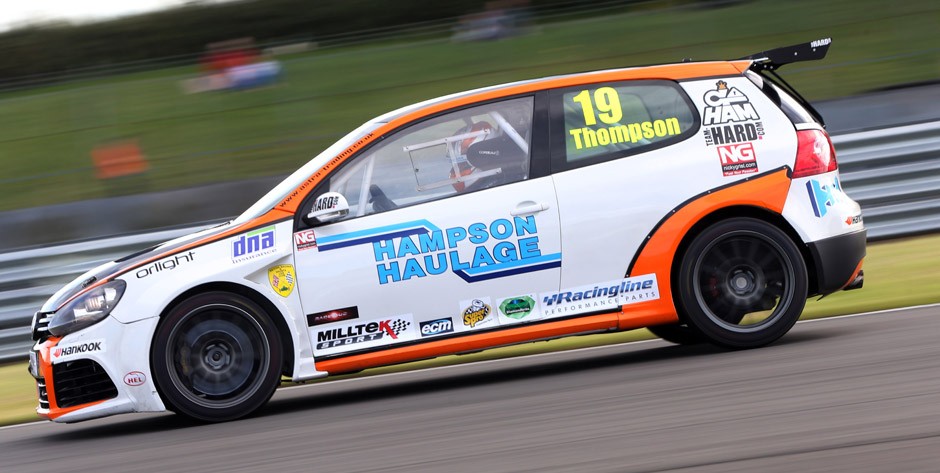 Championship second-place man Aaron Mason did his hopes of a second Milltek Sport Volkswagen Racing Cup title no harm at all at Donington Park this afternoon, topping qualifying for tomorrow’s final races by more than a quarter of a second.

Mason, who has won seven of the last 10 VW Cup races held at Donington, hustled his AWM Scirocco to top spot with a lap of 1m 43.751s. He was the only driver to break the 1m 44s barrier around the 2.49-mile Donington Grand Prix circuit. With pole comes two championship points, Mason narrowing David Sutton’s points lead going into the final pair of races to just two…

Said Aaron: “It looks like we’ve not lost any pace around here! To be fair, I was a bit lucky. For the first five laps of the session I couldn’t get any heat into the rear tyres and I was struggling. Luckily I just managed to get one clear lap and get the time in. By the time the tyres were fully up to temperature there was too much traffic.”

Sutton set fifth-best time today, he and Mason sandwiching a trio of Team HARD Golf drivers – Robert Barrable, Bobby Thompson and Howard Fuller. Said SlideSports Scirocco man David: “P5 is OK. I was being cautious and making sure that I didn’t exceed the track limits. We’ll be all right for the races.”

Phil House completed the qualifying top six with his PH Motorsport Scirocco, just head of the third of the five title-bidders, Jack Walker-Tully. “I’d like to be a bit higher up but we softened off the suspension and maybe it wasn’t the right thing to do,” said Jack. “It will make for an interesting race tomorrow.”

Said Lucas: “It wasn’t a very good session for us. When the tyres were at their best I was sat trying to overtake people. Not a very well engineered session on my part and we are struggling for pace anyway. Put those things together and that’s where we sit. It will be a hard race from there.”

Added Fulbrook: “There was no grip out there… I think the car could have done mid-1m 44s, and that should have put me around seventh.”