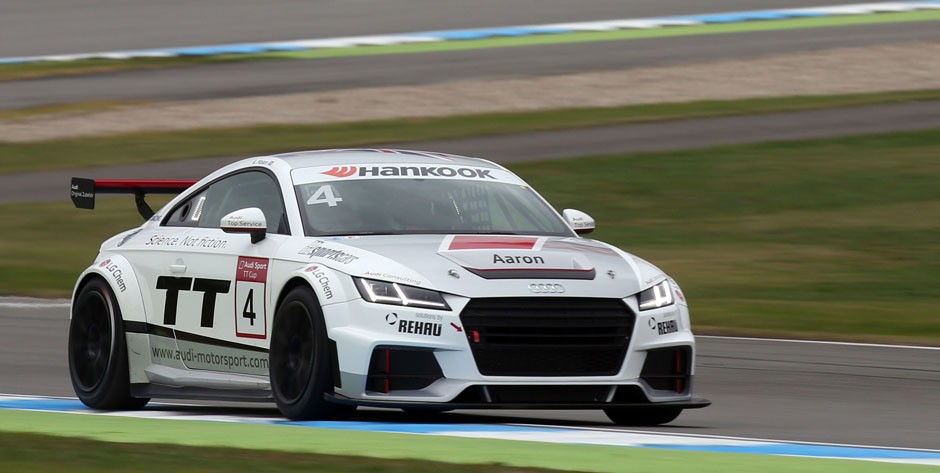 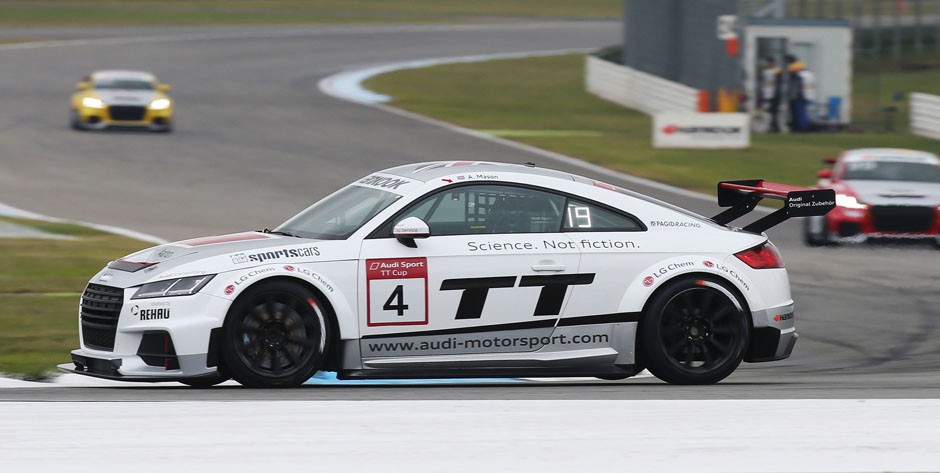 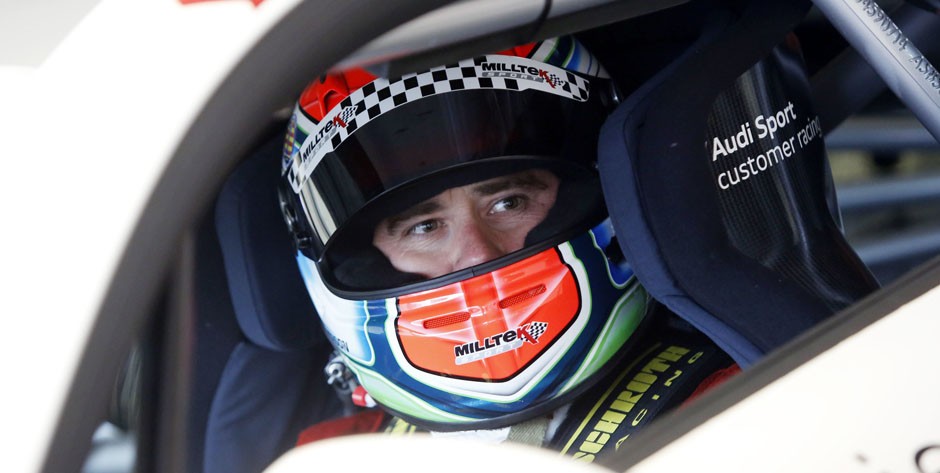 The 2015 Milltek Sport Volkswagen Racing Cup Champion, Aaron Mason, enjoyed mixed fortunes at his prize-drive weekend at the Hockenheimring in Germany over the weekend, suffering damage which brought about an early exit from the first race before he climbed from the back of the grid in race two to secure a respectable finishing position.

Mason was representing the VW Cup at the final rounds of the DTM German touring car season for the third year in succession, on this occasion at the wheel of one of the 310bhp lightweight sports cars contesting the season-closing races in the Audi Sport TT Cup.

Mason, 36, steadily improved his pace throughout the weekend: in Friday’s free practice session he posted 20th best time of the 23 contenders and was 20th again in qualifying to give him a 10th-row grid slot for Saturday’s race. Unfortunately his first outing ended after just half a lap at the Spitzkehre hairpin, where contact with another car resulted in front suspension damage.

That meant a back-of-grid start for Sunday’s fog-delayed finale but Mason was more than up to the challenge, gaining four places on the opening lap and finishing 17th after a long tussle with German TV race commentator Patrick Simon.

“The first race was a bit of a disaster, really,” said Aaron, “and not a great experience. They were very cagey about showing me the data from the accident. In my own mind I had a good three car-lengths in which to brake to make sure that I got around the corner, because I was well aware that I was up to the top 10 by this point. But I just couldn’t stop the car…

“The TV footage makes it look like I was going up the inside to try to make up positions but in actual fact it was me looking for a bit more tarmac to try to get the car slowed down. Unfortunately the impact caused quite a lot of damage.

“Race two went well until about three laps in and the tyres got warm, and then the car became a bit of handful, skating about and rolling from one side to the other. So we struggled a bit but nonetheless it was a great experience and I enjoyed driving the TT, which is a good car. It was a great prize and I’m very grateful for the opportunity.”

Doncaster-based Mason clinched the Milltek Sport Volkswagen Racing Cup championship title at Donington Park in September, beating 24-year-old Lucas Orrock to the crown by four points having taken one race win and three further podium finishes from the season’s 16 races at the wheel of his AWM Motorsport Scirocco R. 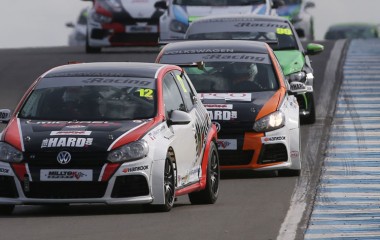