Walker-Tully makes it two in a row at Rockingham 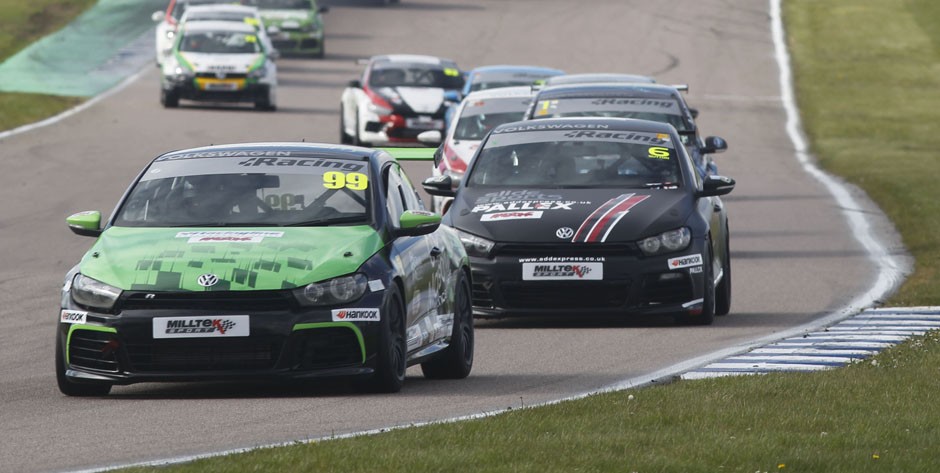 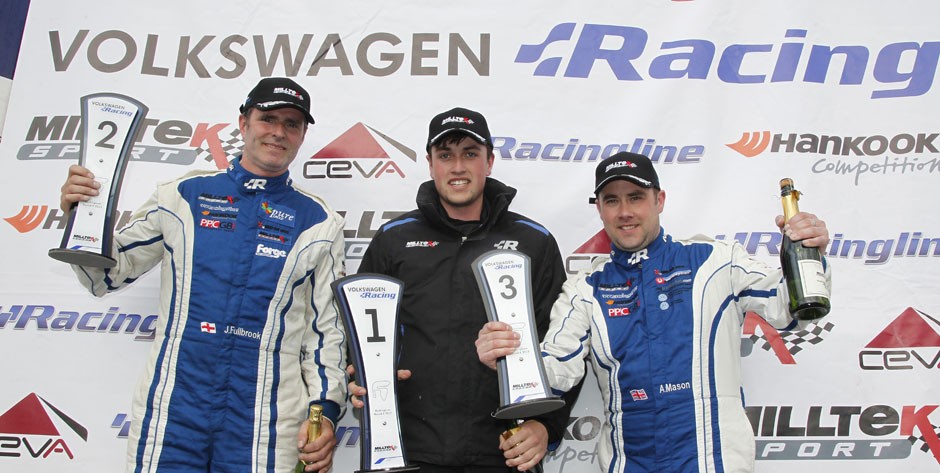 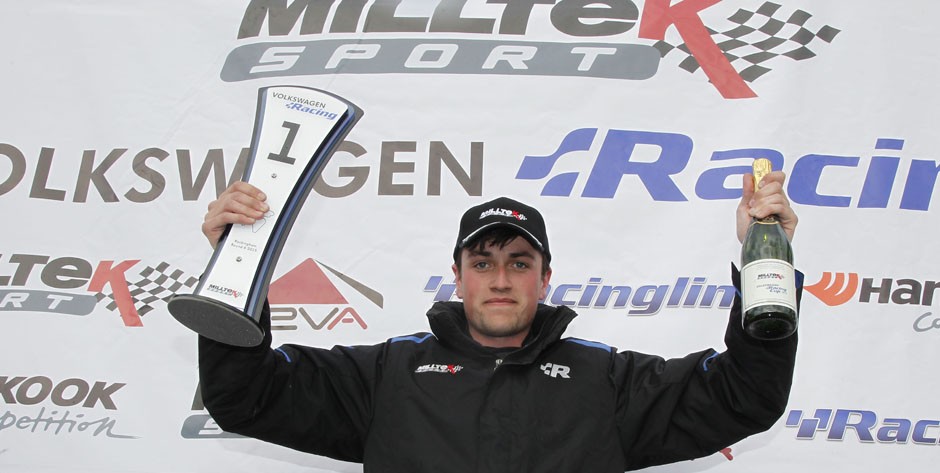 After vanquishing his rivals in the wet, the last thing Jack Walker-Tully was expecting was to repeat the feat in the dry, yet that’s exactly what the Nottinghamshire youngster achieved in front of an appreciative British GT Championship crowd trackside at Rockingham and with many more watching live Europe-wide on Motors TV.

Set-up changes following Saturday’s dry race, in which he finished a distant and disappointed eighth, worked wonders on the Cooke and Mason Scirocco and, after a rocketship start from P3 on the grid, Jack was able to make quick work of front-row men David Sutton and Joe Fulbrook, lining them up through the Deene hairpin on the opening lap before sweeping past and into the lead at the next turn, Yentwood.

The key to Walker-Tully’s success was that he had not abused his tyres in Saturday’s dry outing where others, notably winner Sutton, had precious little left in the way of grip. As Walker-Tully sailed into a 2-second lead, so Sutton found himself shuffled back to fourth through Deene by Fulbrook and Aaron Mason on lap three.

But both Fulbrook and Mason were struggling for grip too, and had little hope of catching the leader. Their one opportunity came on the sixth lap when the safety car was called into play for two laps while a stranded car was removed to safety, but Walker-Tully handled the caution period perfectly and made an impeccable restart, building his advantage to 1.9s by the chequered flag.

Jack believed that the safety car was a help rather than a hindrance to his race: “I wasn’t happy when I saw it come out but on reflection it allowed me a couple of laps to rest my tyres. The Scirocco was handling perfectly all race, which I really wasn’t expecting. In fact, I’m a bit lost for words. To win one race was fantastic but to take my second win on the same day is just amazing.”

Fulbrook and his mate Mason engaged in a close and thrilling battle throughout the race, with Mason close enough behind throughout to seize upon any mistakes. None came and Fulbrook was able to secure his second P2 finish of the Rockingham weekend: “I was holding him up a bit, I think,” said Joe, “but I knew that he wouldn’t try anything too daft to get past me.” Mason concurred: “We both just needed to look after our tyres and make sure we go on to the podium. It was a tactical game.”

After the safety car period Sutton slipped further backwards as his Hankooks cried enough. “I used them all up in the first race,” said David, “and there was nothing left by the end…” Lucas Orrock took a while to find a way past Sutton for fourth: “I passed him just as the safety car came out, so to be safe I gave the place back and had to repass a few laps later. By that time my chances of catching the top three had gone.”

Another strong drive from mid-grid, this time without netting any significant damage, earned Howard Fuller fifth place, with Darrelle Wilson’s diesel Scirocco an excellent sixth after he passed Sutton and Jason Tingle’s Maximum car on the final lap. Sutton limped in eighth, behind Tingle, with Joe McMillan and Michael Epps completing the top 10.

Phil House started well, up to fifth early on in the PH Motorsport Scirocco, but his pace fizzled as the race wore on and he slipped back to 11th, just ahead of Bobby Thompson and Sportsman’s Trophy winner Graham Ewing in the SlideSports Golf. Simon Rudd collected 14th place to make it four Team HARD runners in the top 15, ahead of Simon Deaton’s Maximum Motorsport Scirocco.

A penultimate-lap clash between Pete Littler (JWB Scirocco) and Matthew Wilson (Complete Racing Golf) sent both into the wall. Wilson retired to the pits with damage but Littler was able to limp home, 25th and last, but still on the same lap as the winner.