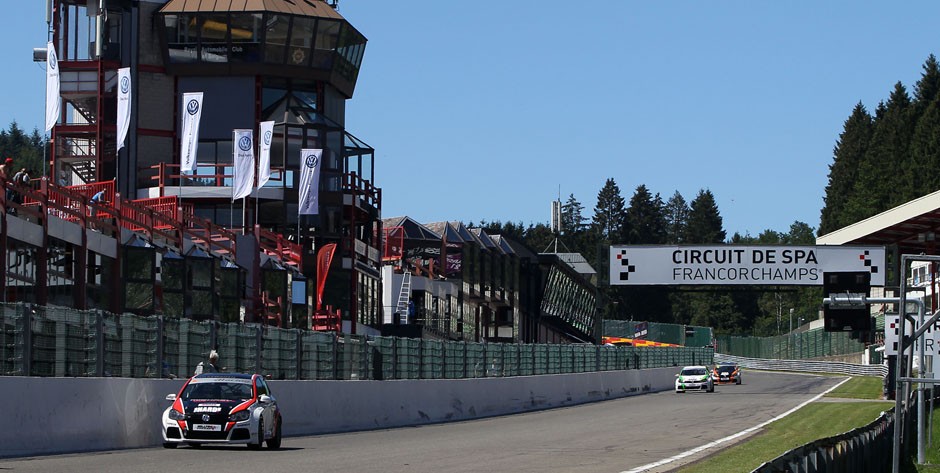 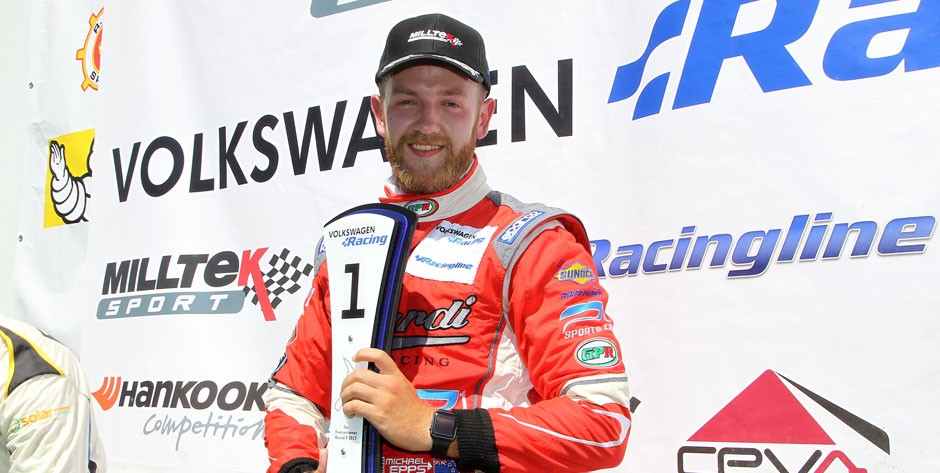 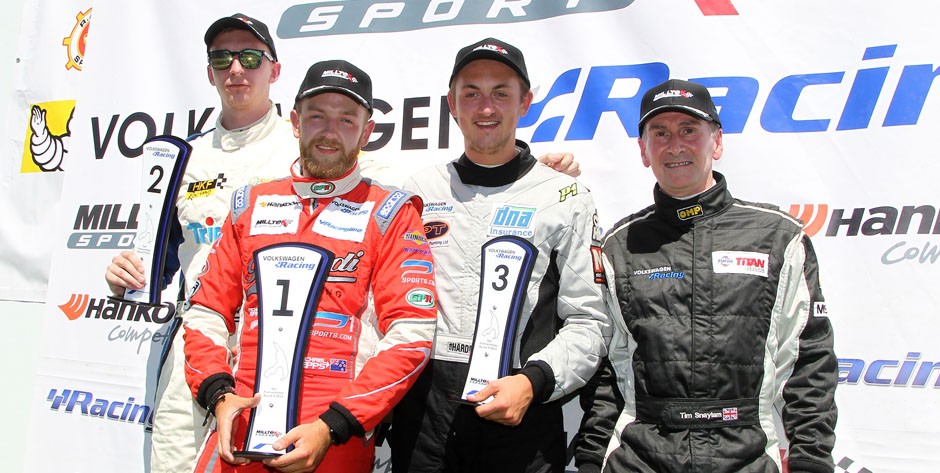 Starting from the pole on a circuit he had never before visited, Epps controlled the start perfectly to lead the opening lap as Sutton slotted past Fuller from third on the grid to lead his pursuers.

David knew his best chance of adding a fifth win to his season’s tally was to attack early, and he seized the lead from Epps on lap two. Sutton held on in front of a patient Epps for three laps, but then the 100kg of additional ballast imposed on his car since its May Silverstone victory took an inevitable toll: “The tyres and the brakes were gone,” said David. “We might have got away with it had it been cooler today, but it was just too hot out there.”

After losing the lead to Epps through Les Combes on the fourth lap, within two laps Sutton had slipped to fourth behind Fuller and Thompson. Howard and Bobby enjoyed a great battle to decide the podium order, with Fuller hanging on to second spot by a half-second margin.

Winner Michael Epps: “I dropped the clutch a bit quick at the start and was worried that I might get too much wheelspin and lose out at the hairpin. That didn’t happen but Sutton was on me through Eau Rouge; I didn’t let him past the first lap but the second lap he managed it. I was able to keep relatively good pace with him and I managed to get him back when it mattered. Howard and Bobby have done a great job in locking out the podium for Team HARD.”

Second, Howard Fuller: “Sutton’s Scirocco had a better package at the start of the race, and we expected him to be aggressive. He and Michael were battling and pulling me along, and then I had Bobby right on me towards the end. It was a good race and I really enjoyed it.”

Maiden podium visitor Bobby Thompson, third: “I needed this result, for my sponsors, for myself and for the team, just to prove that I can do it. I’ve impressed myself, really! I did a race here a few years ago, when I was about 14 – a 24-hour race in a Smart car, so it was a bit different to this…”

Sutton held on for fourth, lucky not to fall into the clutches of Jack Walker-Tully’s Cooke and Mason Scirocco in the closing stages. Jack took fifth away from 2014 Spa victor Lucas Orrock on the sixth of the nine laps. The 2013 champion Aaron Mason enjoyed a race-long battle with reigning title holder Joe Fulbrook, Aaron making the decisive move to secure seventh place on the penultimate lap.

Sportsman’s Trophy honours were disputed by SlideSports Golf man Graham Ewing and AWM Scirocco pilot Tim Snaylam, with numerous changes of position between them until Snaylam exerted his superiority on the fifth lap to take 11th place and the trophy. “It was a brilliant battle the whole race,” said Tim. “Nice and clean and really enjoyable… I had forgotten completely there was a trophy at stake.” Sixteen-year-old Damani Marcano scored his best of the year on his Spa debut with 13th, ahead of Simon Andrews (Safe & Sound Golf) and Simon Tomlinson (AWM Golf).

Laura Tillett, who started from the back after missing qualifying through engine issues in her new SlideSports Golf, ran well in the early stages to move up to 13th before the gremlins returned on the final lap. She slipped to 18th at the line, finishing behind the cars of Matthew Wilson and Pete Littler, with a down-on-power Phil Morris 19th and the final finisher after Paul Dehadray failed to make the start with engine problems.