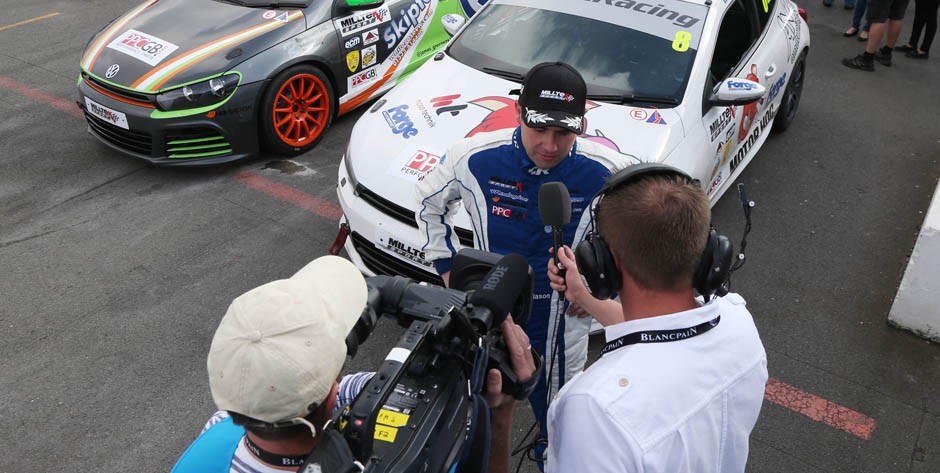 Live television is to be added to the impressive array of attractions of the Milltek Sport Volkswagen Racing Cup in 2015, it is announced today. Five of the championship’s seven race meetings will feature live coverage on the Motors TV channel, in addition to post-produced highlights shows on Motors TV and Channel 4.

Welcoming Motors TV’s live cameras to the VW Cup, championship manager Matt Walker said: “This is a major advance for the best-supported one-make race series in Britain. Live coverage on Motors TV will be great for competitors and their sponsors, and will we hope add to the already large spectator following that the championship enjoys.”

The Rockingham, Silverstone, Brands Hatch and Snetterton races will be carried live on Motors TV, as will September’s championship finale at Donington Park. All these events will also be the subject of highlights shows on Motors TV and Channel 4. The Oulton Park and Spa-Francorchamps meetings will be shown in highlights form only.

The UK’s leading motorsport TV production company, HayFisher, will be the driving force behind the coverage. HayFisher MD Richard Hay said: “We are delighted to be bringing live TV coverage to the Milltek Sport Volkswagen Racing Cup in 2015. We have successfully filmed the championship for 12 seasons and it has proved a hugely popular feature on both Motors TV and on Channel 4.”

The Milltek Sport Volkswagen Racing Cup is the regular supporting series to the British GT Championship, featuring alongside the UK’s leading sports car championship at all of its events. Bernadette Fitzsimons, of British GT promoter SRO, said: “The Volkswagen Racing Cup is a long-term and important support series and we are delighted that it will again be alongside us in the paddock in 2015, and that like British GT it will be gaining an additional audience through live TV this season.”

The opening rounds of the Milltek Sport Volkswagen Racing Cup take place at Oulton Park over the Easter weekend (4-6 April). This season will see 16 races decide the championship outcome, with longer races planned for the Spa, Snetterton and Donington Park events.