House soaks up immense pressure to take first win of 2015 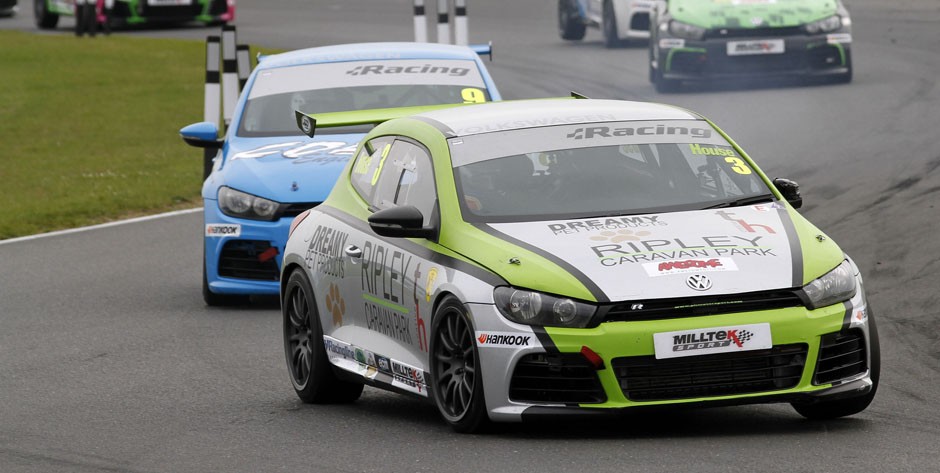 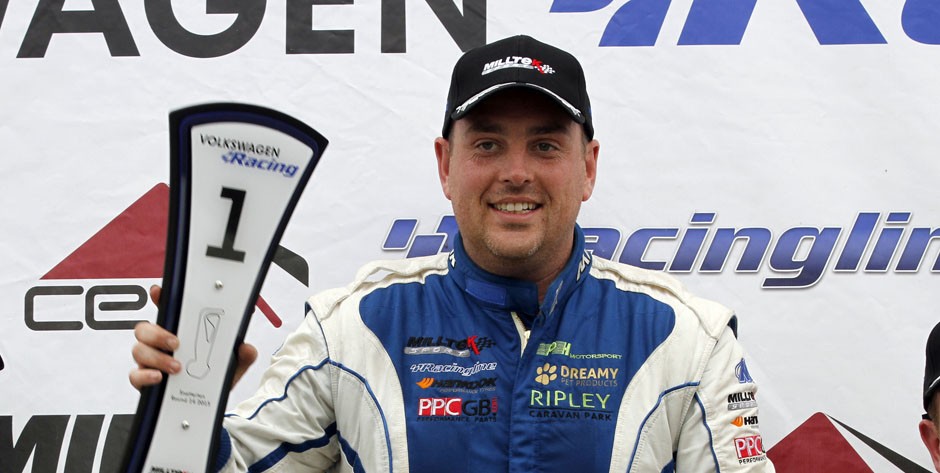 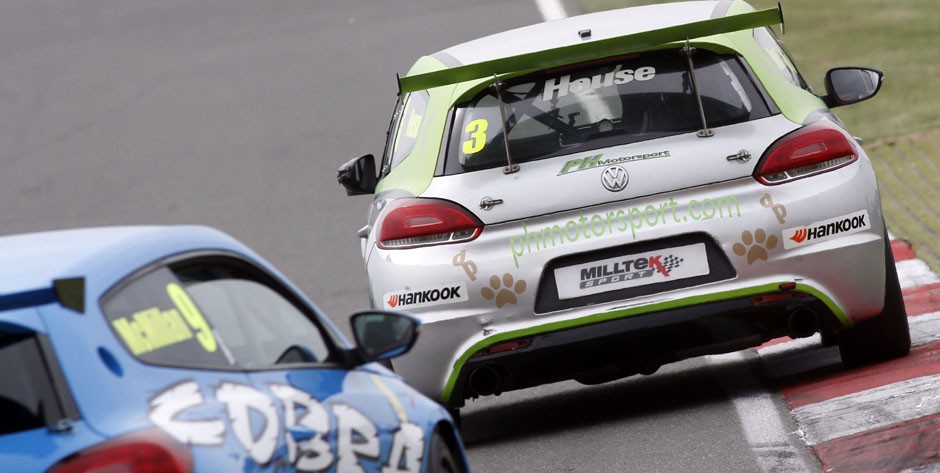 Like Bobby Thompson in race one of the weekend, Phil House converted pole position into victory in the live televised round 14 but in wildly contrasting circumstances – the PH Motorsport driver never had a second to breathe throughout the half-hour race with Joe McMillan on his tail for the duration.

As the lead duo pulled cleared of the rest, there were never more than a few tenths of a second between the pair across the 14 laps. Trading fastest lap times early on, House and McMillan were incredibly evenly matched in their Sciroccos but House didn’t put a wheel wrong on his way to a win of 0.9 seconds – his first success since the corresponding event at Snetterton in 2013. “It’s been a long time coming, the last time we won was here at Snetterton two years ago,” said House. “I got a bit of a lead, had a good battle with Joe and it was just a case of not getting involved in the tight race behind.”

Second placed McMillan added: “I tried my best but he [House] wasn’t leaving any gaps at all, it was a good race but there was no chance to try to get into the lead. I’m happy to finish behind Phil though, I did all I could.”

While there was no doubt over who the top two finishers would be, any one of half a dozen drivers had an opportunity to complete the round 14 podium with Michael Epps eventually coming through to take third place, 7.6 seconds shy of McMillan.

The battle over the final spot on the podium raged from start to finish. Initially, Joe Fulbrook led the way from third on the grid but Jack Walker-Tully soon made his aspirations clear with a move into Agostini to snatch the place away. Fulbrook hit back on lap three to retake third while, just behind he and Walker-Tully, the order shuffled constantly with Lucas Orrock, Aaron Mason, Thompson, David Sutton, Epps and Robert Barrable all in the mix as part of a true grandstand battle.

Around mid-distance, Fulbrook was able to edge away slightly as Walker-Tully’s challenge hit the skids when he was put marginally out of position into the Bomb Hole, resulting in a slip down to eighth position as the train streamed past.

By lap 10, Epps had made his way through into fourth ahead of Orrock – the latter having set the fastest lap – and on the very next tour Epps made his bid for third into Riches. Successfully sealing the pass into Montreal Hairpin, Epps remained third to the flag on lap 14 to end the race 0.9 seconds clear of Fulbrook and Orrock. “There was quite a lot of bumping in that race, I think I could have got with the top two but I kept getting shuffled back,” explained Epps. “It was a bit like Cadet Karting, we were slipstreaming each other all the time – I’m happy with a podium though.”

Mason claimed sixth, importantly two places ahead of championship leader Sutton, with race one winner Thompson between the two title rivals. Walker-Tully ended up in ninth, seeing off Barrable by just 0.4 seconds. Howard Fuller, meanwhile, survived a wild ride across the grass on the outside of the Bomb Hole on lap eight to finish in 12th position behind Simon Rudd. After Matthew Wilson’s Golf ground to a halt on entry to the corner, an unsighted Fuller just managed to avoid making contact but it did require a dramatic excursion from which he, fortunately, safely rejoined the track.

Series newcomer Andrew Duncan matched his race one performance with 16th position, one place ahead of sole lady racer Laura Tillett – the latter having a frustrating weekend once again, seemingly suffering with a lack of straight-line pace.